In 2015, 78 New York Times articles have included the word “Unicorn”. That ties this year with 2014 for the word’s highest number of mentions and with investors and pundits surely clamoring to puff up or tear down a couple more companies before the holiday break, odds are good that we’ll see a few more mentions in the (web)pages of the “Gray Lady”.

1901, as evidenced in the chart above, was a far less enlightened time than we live in today. For starters, “Unicorn” made it to print a mere 5 times during the course of the year.

And while transatlantic experimental radio communications were made for the first time, we were years away from Radio on the Internet. Although Satori Kato filed a patent for the first soluble instant coffee, Blue Bottle wouldn’t open its doors until more than a century later. Additionally, Micro VCs and accelerators were few and far between…meaning businesses were forced to actually make money to stay in operation. (Add to that Stanford’s crushing 49-0 loss to Michigan in the first ever Rose Bowl right at the beginning of 1902 and it made for a tough time for Silicon Valley’s tech elite).

1901 was also the year that saw the birth of the world’s first Unicorn – long before Aileen Lee coined the term in 2013. Through a merger of 10 different steel and manufacturing companies, U.S. Steel Corporation became the world’s first billion dollar company with an authorized capitalization of $1.4B (just under $40B in today’s money).

The names surrounding its origin remain recognizable to this day and adorn skyscrapers, foundations, and institutions across the globe. There was John Pierpont Morgan, who entered the steel industry a few years prior to the founding of U.S. Steel and is better known for the massive financial firm now bearing his name as well as his rescue of the U.S. economy during the Panic of 1907. There was also Andrew Carnegie who founded Carnegie Steel in 1873 and agreed to be bought out by Morgan for just south of $500MM in bonds and stock of the newly created U.S. Steel in order to retire to a life of philanthropy. Additionally, two Rockefellers, Marshall Field, and Charles M. Schwab (not to be confused with Charles R. Schwab) had key seats at the table during the formative years of the business.

The Not So Lean Startup

Like many of today’s billion dollar companies, U.S. Steel paid its rapidly growing base of employees more on average than a typical American worker.

We can only assume these wage discrepancies caused a massive influx of free trade, organic coffee shops and dog yoga studios into the early 20th century Youngstown, Ohios and Gary, Indianas of the world. 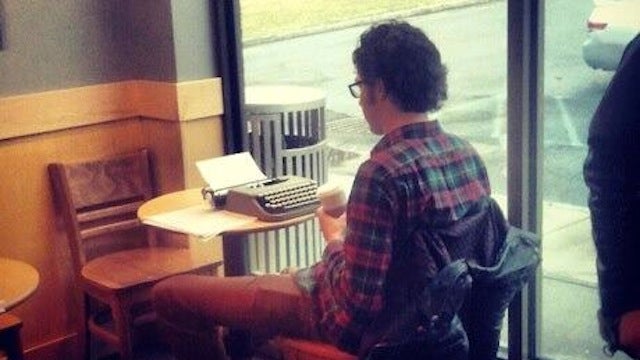 It’s not being a hipster if computers haven’t been invented yet!

Today, investors and pundits worry about companies with negative unit economics, high burn rates, and unsustainably high valuations. For U.S. Steel, the only concern may have been where to find a safe big enough to store all the cash it was throwing off each month.

In addition to its impressive top line numbers, the company was highly profitable and grew that profitability each month on a Same Month YoY basis.

And while regulators may have had issues with the business, investors likely had trouble speaking a questioning word through the wide smiles they had on their faces as they walked to deposit $56,52,867 in dividends in the bank.

At the end of 1902, the company was left with a cash balance of over $50,000,000. Imagine all the passive-aggressive bus stop advertising they could buy today with that kind of money!

Today’s companies are fortunate to live in the age of AWS and WeWork, where two or three people can build a product, find some users or revenue, and display enough traction to raise capital from investors. Launching a startup today is significantly less capital intensive than it was 20 or even 10 years ago. 115 years ago?

In its first full year of operation, U.S. Steel spent over $29MM on the maintenance and renewal of capital equipment alone…

…and was mining millions upon millions of tons of iron ore all across the world.

The inventory of hard assets in most early stage companies today consists of nothing more than a few MacBooks and a ping pong table. Guilty…

With a current market cap of just under $1.3 billion, the company is worth less (on a non-inflation adjusted basis) than it was over 100 years ago. It remains one of the largest integrated steel companies in the world (and the largest in the U.S.) but, of course, that that title means significantly less than it did in the days of Morgan and Carnegie.

And while it may be long in the tooth, the stock chart below shows that the company still appears to have a taste for the boom and bust lifestyle of the early 20th century — which, frankly, seems to be the lifestyle many of today’s emerging unicorns favor as well.
And because there is never a bad time for a Godfather clip, we are compelled to mention that the company played a crucial role in the 20th century rise of America’s industrial might (for better and worse) and became a name that every outsider – from the Corleone family to a number of smaller, more nimble competitors – strived to outdo.

10 Venture Capital Funds in Dallas You Need to Know